On both Col.and Mrs. Rees-Mogg’s death both in 1949, the estate was divided. A date was fixed for the Auction. Tenants were given the option of buying the cottages they were living in. Most did. A Mr. Bradshaw bought the Manor and farm land in 1951. 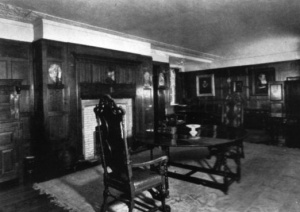 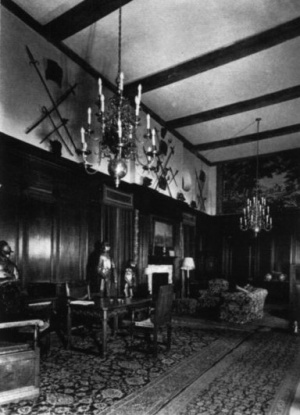 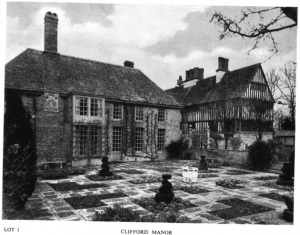 A few years later he exchanged the property and farm with Major Pagan Taylor whose house and farm was at Sweet Knowle, and this farm was given to Mr. Bradshaw’s son, Donald. 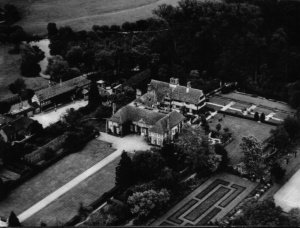 The Pagan Taylor’s were liked in the village, but their plans for the Manor buildings and land weren’t so favourable. They had the “priests house” (rebuilt after the fire) dismantled, and sold all the wood to The Shakespeare Birthplace Trust. They sold the land to Captain West of Alscot Park.

So – all that Mrs. Rees-Mogg had worked hard for, in making the Manor a place of historical beauty with its own farm land, disappeared within a very short space of time.

Mr. and Mrs. David Prophet bought the Manor from the Pagan-Taylors. Mrs. Prophet stayed on for a while after the death of her husband from a helicopter crash, and raised quite a rumpus when she made plans to turn the Manor into a hotel. There were fears that there would be traffic congestion along our narrow village street, but the only real disturbance came when the pop-singer Prince stayed at the Manor with his bodyguard, and the village was beseiged with reporters and T.V.cameras gathering at the Manor gates.

Since then, there has been a succession of people owning the Manor, but none of them have been respected and admired and – yes – loved, as Mrs. Rees-Mogg was.